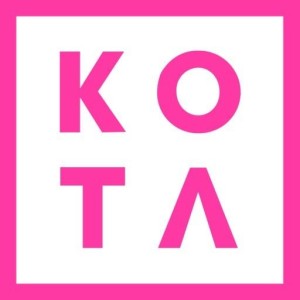 Feasts from the Middle East Launches at Kenza

The official launch of Feast from the Middle East was marked at the end of June, with a party at London restaurant Kenza in Devonshire Square in the East End. Also founded by our founder Tony Kitous, Kenza is well-known for its authentic Lebanese cuisine.

The launch event was attended by over 200 guests, including members of the press, corporate guests, event agencies and friends of the Comptoir Group.

On arrival, guests enjoyed a Lebanese Bramble Cocktail. As they mingled, guests were served a taste of Feasts from the Middle East, with canapés including koosa, soujok skewers, manaeesh za’atar, moutabal and sambouseks.

Founder Tony Kitous greeted guests, and spoke passionately about his dreams of launching a catering company. The dream has now been realised, and Tony explained how much he’s looking forward to sharing the warm, generous hospitality and bold flavours of Middle Eastern cuisine.

There was one stunning dish that really stole the show, however. The arrival of the whole kharouf mahshi, or roasted lamb, was announced with fireworks as the dish was paraded through the party and served by our chefs.

As they dined, guests were also treated to some brilliant Middle Eastern entertainment. Belly dancers got the party started, and a henna artist showcased the traditional art of Mehndi. Our team even served Lebanese wine, something which many attendees had never tried before. We received great comments on the wine choice!

The Feasts from the Middle East team are looking forward to bringing Middle Eastern flavours to events all over London. In partnership with The Admirable Crichton, we can now cater for any kind of event, at exquisite venues all over London and beyond. Get in touch to find out more.